Bollywood actor Saif Ali Khan will be seen playing the role of Ravana in director Om Raut’s mega budget 3D film Adipurush. Saif Ali Khan is going to work with South Superstar Prabhas for the first time. Makers have introduced the character of Saif Ali Khan by sharing a poster of this film.

This poster of Adipurush film is much more spectacular. This poster shows the glimpse of 10-headed Ravana. Along with this, it is written below as Saif Ali Khan Lankesh. Fans are very excited about this news, due to which Saif Ali Khan is trending on Twitter. On the other hand, the reaction of Saif Ali Khan’s wife Kareena Kapoor Khan has also surfaced. Reacting to this poster of the film, Kareena said, ‘The most handsome demon in history… My Man Saif Ali Khan.’ 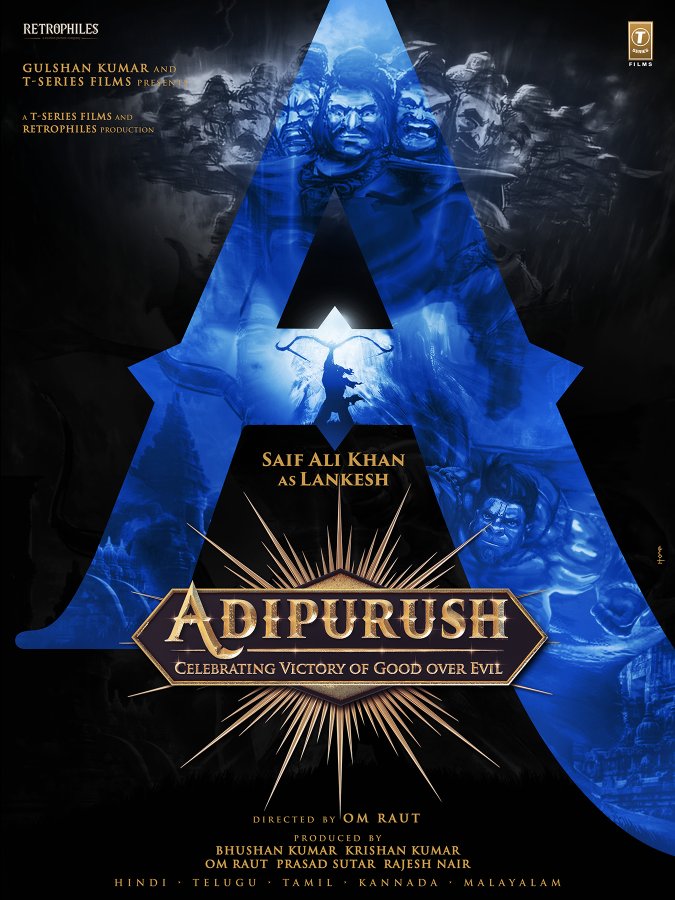 In the film, ‘Bahubali’ fame superstar Prabhas Adirpurush will be seen in the role of Lord Ram. Om Raut is directing this film. Earlier, it was Om Raut who directed Ajay Devgn and Saif Ali Khan starrer film ‘Tanhaji: The Unsung Warrior’. Saif Ali Khan played a negative character in this film, which was greatly liked by the fans.

The film will be shot in Hindi and Telugu in 2020. It is planned to be dubbed in Tamil, Malayalam, Kannada and languages ​​as well. The film will begin shooting from 2021 and will be released in the year 2022. The film is being produced by Bhushan Kumar, Krishna Kumar, Om Raut, Prasad Sutar and Rajesh Nair. Bhushan Kumar told, ‘Saif made us conscious by the role of Udaybhan in Tanhaji. Now he is going to touch his height with his role in Adipurush. He is perfect choice with Prabhas in this battle of good and evil.

Congress-BJP bet on new faces in front of Kejriwal from New...

I Was Not Ready Da by Aravind SA Full Web Series...